On Wednesday May 2, 2018, Ernie Newhouse passed away after an 8 month battle with cancer.  Ernie was the epitome of the "Warrior Citizen" as he served both his country as a First Sergeant in the US Army Reserve and his community as an officer with the Howard County Police Department. Above all, he was a loving husband to Melissa and father to Ashley, Lacy and Zach.

Ernie began his life of service in the Marine Corps in June 1995 and served on active duty until June 2000.  In 2002, he joined the Army Reserves and was assigned to the 450th Civil Affairs Battalion (Airborne).  From August 2004 to August 2005, he deployed to Kandahar Airfield, Afghanistan where he was awarded the Purple Heart after the vehicle he was traveling in struck an IED.  Following that deployment he returned to the 450th where he served in multiple roles from Team Sergeant to First Sergeant.  From 2015 to 2017, he served as the First Sergeant for Headquarters and Headquarters Company, 352d Civil Affairs Command.  In 2017, he returned to the 450th where he assumed the role of First Sergeant for Delta Company.  He was expected to retire in June 2018.

Ernie Newhouse served his community as a police officer with the Howard County Police Department.  In 2006, he was hired as a police officer and entered the training academy.  After graduating the academy in 2007, he served as a patrol officer in the Southern District. In 2017, Ernie transferred to the Northern District where he continued in patrol.  Ernie touched the lives of many.  He is remembered as damn fine NCO, a good cop, and kind spirit who was dedicated to his family and his brothers and sisters in the military and the police department. 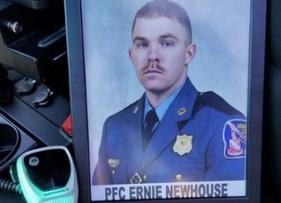 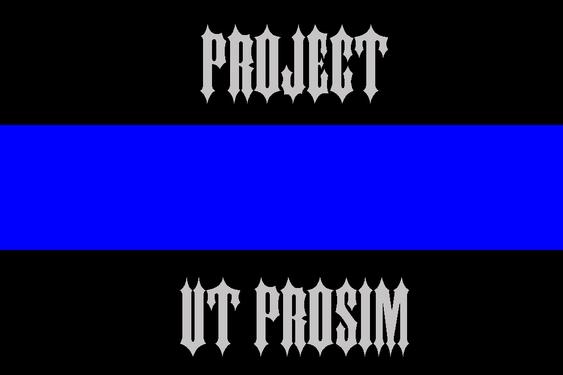 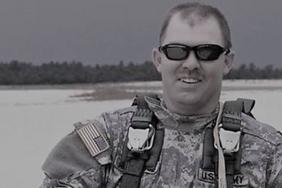 As law enforcement, firefighters/EMS, and military service members, we all voluntarily took an oath to protect and to serve.  As public servants, our calling is to aid our communities and to assist individuals, families, or groups within the community that may be in need.  Although our actions are often thankless and at times dangerous, we as public servants, answer the calls without hesitation.  We strive to embody the phrase “Ut Prosim” which translates to “That I May Serve.”  The Strength and Honor Motorcycle Club - Maryland Chapter's "Project Ut Prosim" was created to honor those who made the ultimate sacrifice to serve us.  By donating, you will help us to quickly assist those with an immediate need for assistance.  Always remember.

If you wish to make a donation,

please use the link on this page.

*UPDATE ON THE NEWHOUSE FAMILY*

On Friday, December 11, 2020, Lacy Newhouse, the daughter of the late Ernie Newhouse, was diagnosed with Pleomorphic Xanthoastrocytoma (PXA) and Braf V600 and Melanoma.  Lacy underwent surgery on Monday, December 14, 2020, where the surgeons were able to remove most of the cancer.  To remove the rest of the cancer, Lacy and her Mom, Melissa, would travel about 65 miles one way, from their home, to Washington, DC, and then back again, five days a week, for six weeks, so Lacy could receive life-saving Radiation Proton Therapy and Chemotherapy Medicine.  On occasions, they would also have to travel from Washington, DC, to Baltimore, MD, for more interventions.

The Strength and Honor Motorcycle Club, Maryland Chapter, will be hosting a fundraising event (when the COVID restrictions are lifted to a point where it is viable to hold an event) to help defer the cost of additional future travels, wear and tear on their vehicle, and to help with some of the peripheral financial costs that have accumulated during her treatment.

Updates on the fundraiser will be forthcoming.  In the meantime, if you would like to donate to the Newhouse family prior to the fundraising event, please click on the donate button above.

Thank you in advance for supporting military and law enforcement families.